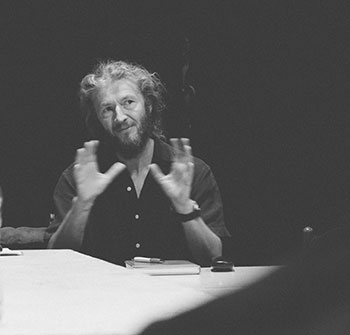 We invite all community members to join us Dec. 2 at 4 p.m. in the Rand Theater in the UMass Fine Arts Center for the Rand Lecture with Serbian director Nikita Milivojević.

Though officially billed as a lecture, the event will be more of a free-wheeling conversation, as Milivojević and Dragicevich discuss his work as an artist in Serbia, including Milivojević’s personal experiences creating theater in that war-torn country during the 1990s. They’ll also examine the role of the performing arts during civil unrest, turmoil, war, and economic sanctions, and how one goes about founding the first international Shakespeare festival in Serbia, as Milivojević did, in the aftermath of those experiences.