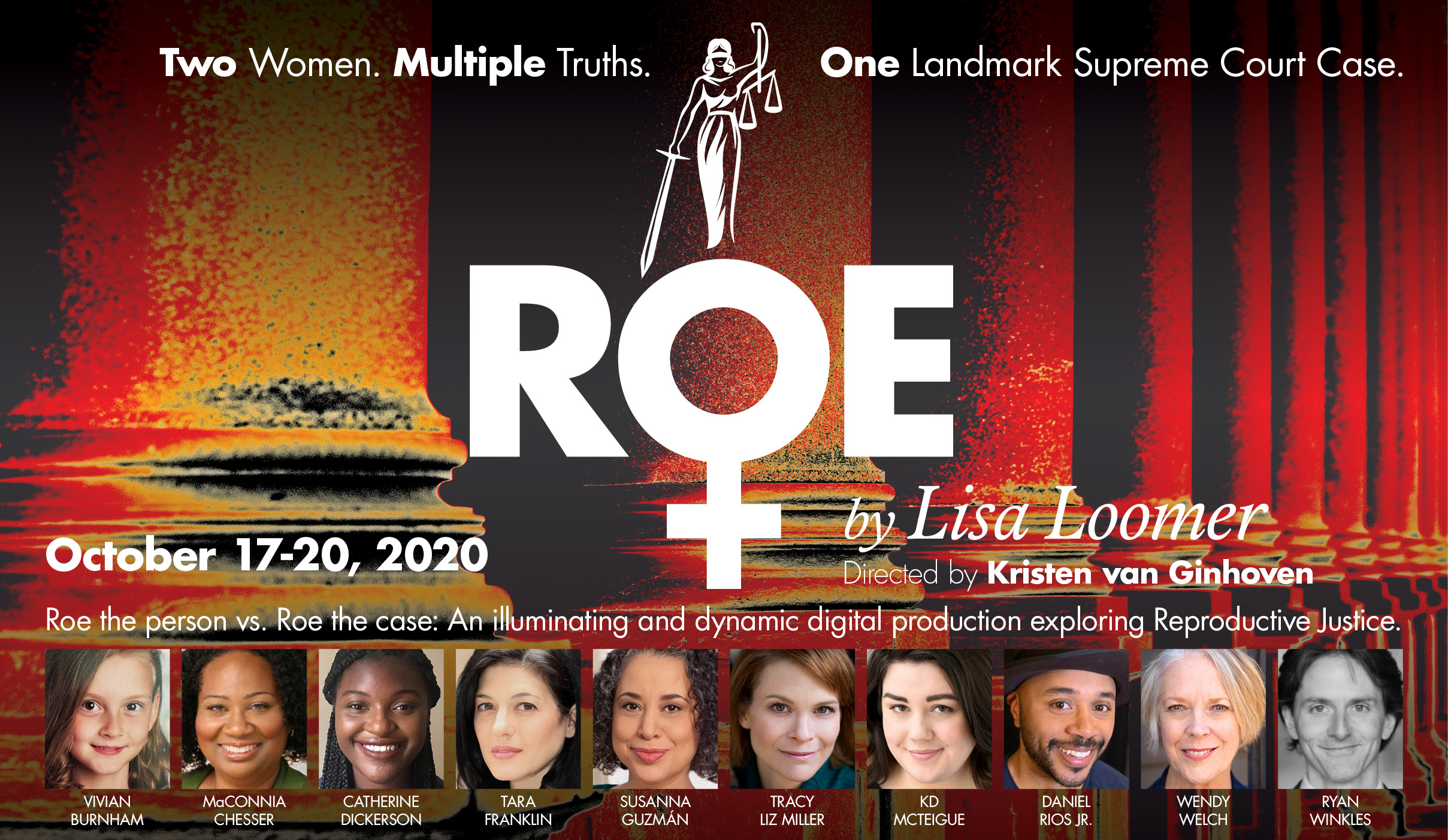 WAM Theatre, located in the Berkshires, is a professional theatre company that combines art and activism with a focus on gender equity. To open its fall 2020 season, WAM is presenting Lisa Loomer’s ROE, which takes us back to one of the most historic moments in women’s rights with the court case of Roe vs Wade, a topic that couldn’t be more relevant right now. The University of Massachusetts Department of Theater has a stake in the performance — an alumna, a current faculty member, and three of our students are working on the production, and we are excited to be involved with the organization and the production.

“With ROE, I felt like my little quarantine bubble finally exploded to bring me back into the world, to give me a chance to act upon what’s happening in our society,” said third-year MFA student Calypso Michelet, who is the production’s assistant costume and scenic designer.

Her involvement, along with that of the two other students, Tatiana Godfrey and Elisabeth Castellon Goncalves, is the culmination of Associate Artistic Director Talya Kingston ‘09’s efforts to create apprenticeship opportunities for UMass Theater students.

With a large ensemble, this play focuses on the never-ending battle to maintain abortion. Since the decision to produce the play, the issue has landed squarely back in the public discussion. Today, women’s abortion rights face as big a threat as they did during the original trial, with the supreme court split and Justice Ruth Bader Ginsberg’s untimely passing.

Students Godfrey, Castellon Goncalves, and Michelet joined several other apprentices in the production of ROE. Godfrey, currently an MFA student in dramaturgy, works as assistant dramaturg to Kingston, who went through the same program and is dramaturg for the play in addition to her usual duties with WAM. Godfrey uses her unique perspective to shape her brand of dramaturgy. Although she has to work from Ohio because of the pandemic, she believes “having to work virtually has necessarily forced people to think outside of the box in the creative process, which has been exciting to see and participate in.”

Castellon Goncalves is a theater major and works as sound design assistant to Amy Altadonna, UMass Theater’s Senior Lecturer in sound design. Castellon Goncalves, usually a performer, used this opportunity to explore another aspect of theater. With sound design, she grew a deeper appreciation for sound; because of this apprenticeship she feels she has “learned so much and still has much more to learn.” Despite the challenges of remote theater, Michelet believes firmly that the visual aspects of the stage can expand the story beyond text and expresses the importance of keeping art alive.  “It is now more important than ever to show how art, and theater in particular, is such a powerful medium to reflect on actual world matters,” she said.

In WAM’s release about the production, Artistic Director Kristen van Ginhoven stated, “We are delighted that ROE playwright Lisa Loomer agreed to have WAM move ROE from a live theatre production to a reimagined digital production. We have some extraordinary creative artists and reproductive justice experts working with us to ensure this important story gets told in this election year, when the rights of women continue to be deeply challenged.”

Roe will be presented digitally between Saturday, October 17th at 7:30 pm and Tuesday, October 20th at 7:29pm. For information on how to access the digital presentation, visit the WAM Theatre website at: https://www.wamtheatre.com/showsandevents/roe

(This article was written and edited from press materials and other sources provided by WAM Theatre.)