As we all know, COVID-19 threw a wrench in those plans — but when it comes to women supporting women, even a virus couldn't stop us.

On Thursday, Cox joined her former professor and mentor Penny Remsen, along with current students and faculty from all areas of theater design, for a Zoom presentation to talk about her approach to lighting design.

Lien and Cox were scheduled to speak to students in design classes about their work, and were slated to speak on a panel about making their way in an area of theater that is still overwhelmingly dominated by men. Women for UMass Amherst, an organization that supports programming to advance women, generously awarded the Department of Theater a grant to make it possible. While that presentation never happened, Cox Zoomed into one of Remsen's classes for a 90-minute discussion and Q&A, joined by faculty members and two dozen students, including a number of undergraduate and graduate student women who are interested in a career in design.

"The longer I do this the more interested I am in the emotional relationship people have to light," Cox said, as she showed slides of her work. She has lit projects ranging from a production of Hamlet that starred Benedict Cumberbatch to the 2015 revival of The Color Purple, for which she was nominated for a Drama Desk Award. Showing photos of her work, Cox talked about using light to influence people's perceptions of a scene, whether it's using sparse light to create an ominous mood or subtly changing the colors in a scene to clue audiences in to relationships between characters.

Cox, who is originally from Ireland, met Remsen during a study abroad while in college and credits her with changing her life as a person and as an artist, and serving as a female role model for her. In addition to being a successful designer with an international profile, Cox is Director of Princeton University's Theater program.

"Taking Penny’s lighting design class changed my life in ways that are more important than making me a lighting designer," Cox told the group. "I had never been in a room full of loud women doing and asking for what they wanted," she said. "It was a total revelation." 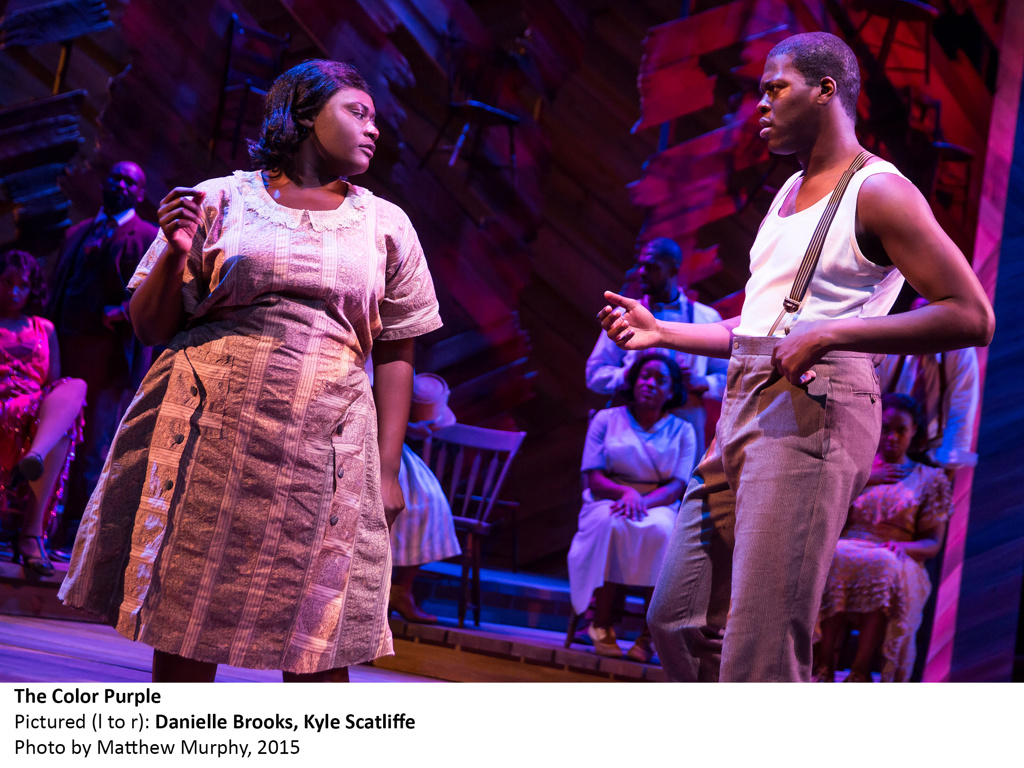