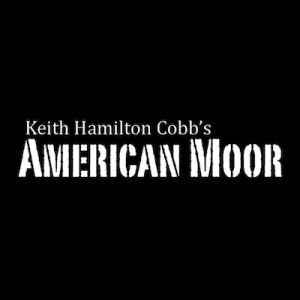 The Kinney Center for Interdisciplinary Renaissance Studies is proud to feature Keith Hamilton Cobb’s widely-acclaimed and award-winning production, American Moor, as the centerpiece of our 2018 program. Throughout the fall, our interdisciplinary program will include live performances, an Actors Studio, academic lectures, pedagogical roundtables, an on-campus residency with Keith Hamilton Cobb, and a keynote address delivered by Professor Kim F. Hall entitled,‘Othello was my Grandfather’: Shakespeare and Race in the African Diaspora.

American Moor is a 90-minute solo play written and performed by Keith Hamilton Cobb and directed by Kim Weild. It examines the experience and perspective of black men in America through the metaphor of William Shakespeare’s character, Othello. The play has been awarded the Outstanding Solo Performance honors at the 2015 AUDELCO Awards honoring excellence in New York City African American Theatre. The Anacostia Playhouse production (Washington D.C.) was formally celebrated by the Folger Shakespeare Library, where the script was taken into the library’s permanent collection—side by side with Shakespeare’s quartos and folios. Summer 2018, American Moor was featured at The Globe Theatre in London.

"All This Life Made This Play": An Interview with Keith Hamilton Cobb for the Los Angeles Review of Books, by John Yargo, PhD Candidate, UMass Amherst, English.

An interview with Keith Hamilton Cobb in the Daily Hampshire Gazette: https://www.gazettenet.com/American-Moor-21221674