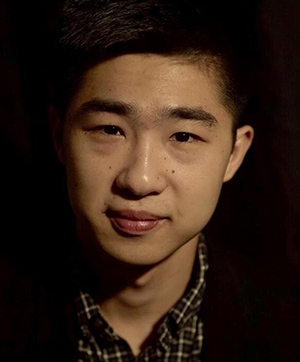 Yinghui (Mark) He, a 2020 graduate from the UMass Department of Music and Dance, earned second place honors in the 2021 National Student Auditions held last month by the National Association of Teachers of Singing (NATS). He, who studied with Marjorie Melnick, earned his BM in Music Performance in 2020 and a graduate level Performance Certificate in 2021.

Mark He earned the right to compete in the men's Advanced Classical division of the annual NATS National Finals, having been one of the top three singers in both the New England Regionals and the semi-finals earlier this spring. Finishing second in the nation placed He among the top echelon of hundreds of applicants who took part in this year’s competition.

He was born in China, and came to the U.S. at age 16, when he began voice training while attending Newton (Mass.) South High School. During his time at UMass, He distinguished himself in a number of UMass Opera productions, including the The Magic Flute (Tamino), Dido and Aeneas, and L'enfant et les sortilèges. He has been accepted to pursue his master's degree in performance at the University of Michigan beginning in the fall of 2021.