Instrumental jazz faculty members Jeff Holmes (piano/trumpet), Tom Giampietro (drums), Fumi Tomita (bass) and Felipe Salles (saxophones) have released a new CD of their original music on Summit Records. The group is called HGTS, an acronym of their last names, and the title is taken from one of the Holmes tunes, “..and then they played...”.  This is the first CD that the four have recorded together, although they have been playing together as colleagues for years.  As Grammy-winning saxophonist/composer Jeff Coffin wrote about the CD, “This is a group of friends making music together. You can hear that their stories are intertwined, and this makes the music come alive in a particular way.  There is no substitute for familiarity…” 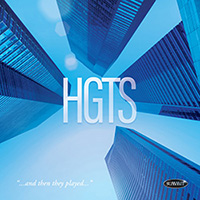 The CD includes nine original tunes by the four artists: “Not at All,” “…and then they played…,” and “Thornbush” by Jeff Holmes; “Again Says Julia” and “Faith Rewarded” by Tom Giampietro; “Rowley Street” and “Minnesota in Montana” by Fumi Tomita and “Unintentional Hipness” and “Arrival” by Felipe Salles. (Click on their names to see their bios.)

Multi-Grammy winner and legendary jazz, fusion and popular musician Randy Brecker wrote that the recording “is just a first class endeavor, with wonderfully melodic yet some complex original compositions in different ‘bags’ by all, and great playing no matter what ‘bag’ they are in!”

More information and reviews, along with samples and purchase options, are available at the Summit Records release page, https://www.summitrecords.com/release/and-then-they-played-hgts/.