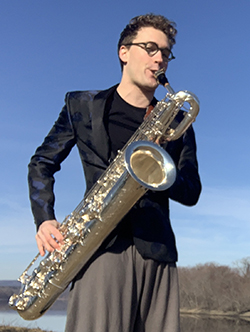 Hulting-Cohen conceived Second Flight as an exploration into “the definitions, edges and aesthetic possibilities of classical music.” After having performed these works over the past three years as part of his Timbre|ine project, Hulting-Cohen was struck by how they all reflect a sense of movement, with the same sense of urgency, danger, and grace as flight. Given the saxophone’s versatile nature, Hulting-Cohen sees the instrument as a symbol of change, and a vehicle to act as a bridge between classical music and jazz, folk, and other emerging genres. 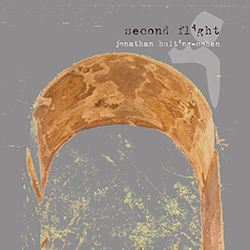 The eight commissioned works on Second Flight are representative of this stylistic variety. The CD takes its title from a work of the same name by Joan Tower, who saw parallels between the limitless nature of flight and the saxophone’s wide tonal range and flexibility. This expressive versatility is also explored in Macchia’s “Spira B,” which combines both newer classical forms with live electronics that reflect moments of performance back to the performer, creating a spiraling interaction between past and present. Another example of bold genre-bending is Felipe Salles’ “Uirapuru,” in which the composer creates an interplay between the distinctive call of the eponymous Brazilian bird, electronic jazz sounds, and Hulting-Cohen’s soprano saxophone. Other composers whose work appears on the CD are Ingrid Arauco, Rudresh Mahanthappa, Stephen Rush, Annika Socolofsky, and Eric Wubbels.

A member of the UMass Amherst faculty since 2014, Hulting-Cohen is co-founder of The Moanin’ Frogs saxophone sextet and the saxophone and harp duo Admiral Launch, whose debut records appeared, respectively, on Teal Creek and Albany.