Free Keys, a student-led and student-designed project, unveiled three painted public pianos on campus in October. With locations now in Hampshire Dining Commons and the Student Union, as well as the Campus Center, students have ample opportunity to brush up their keyboard skills. 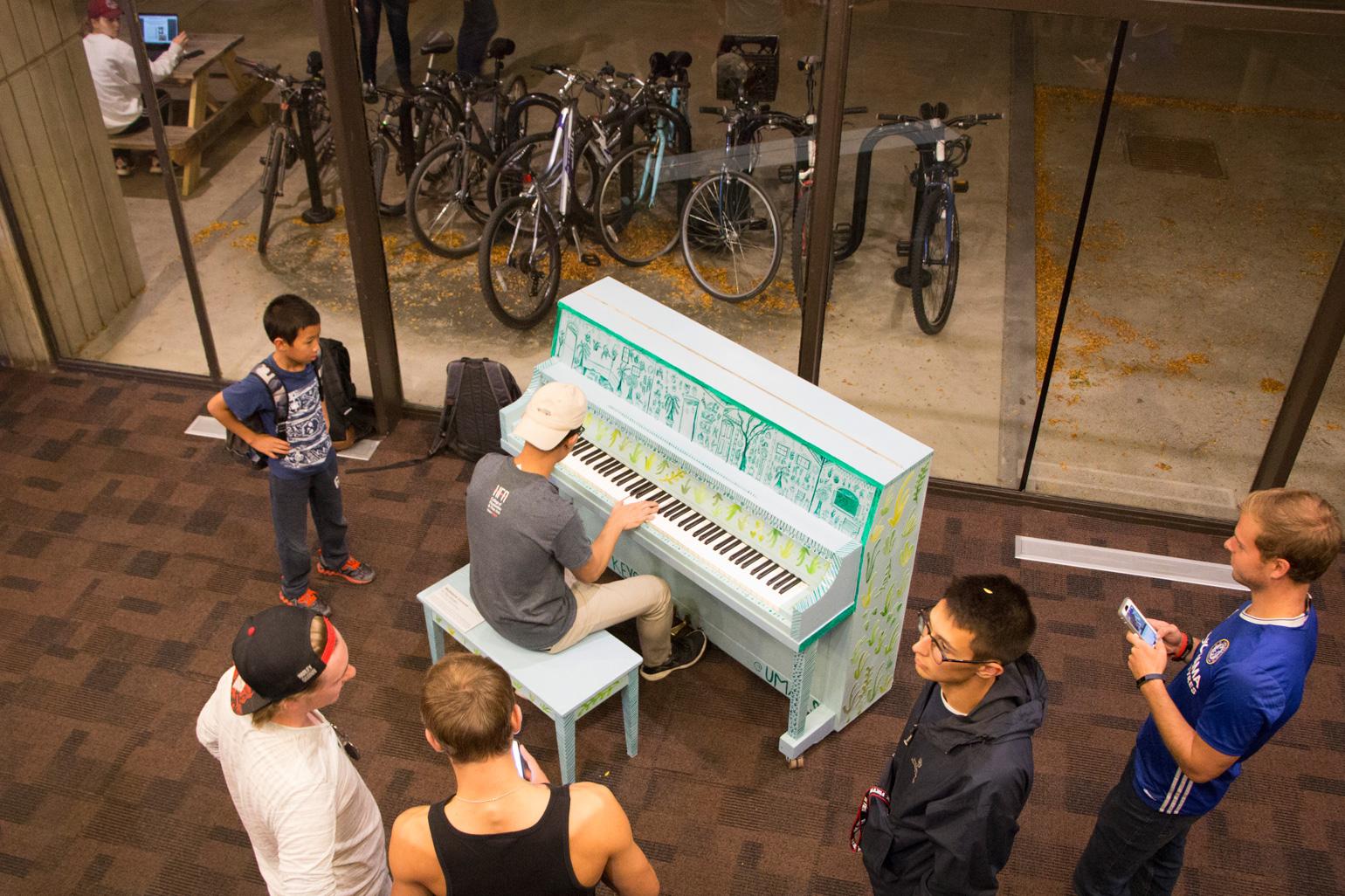 Free Keys project manager Owen Henry, a student in the Department’s Piano Studio led by Nadine Shank, got his inspiration from similar efforts on campuses across the country, as well as international projects such as “Play Me, I’m Yours.” These groups place pianos in train stations, markets, streets, and parks; Henry happily took advantage of them during travels abroad.

As a music minor, Henry recognized the need for a public practice space for the UMass community members who may not have access to the music department. Once the idea came about, Henry and other student volunteers met with Student Affairs and Campus Life to figure out the logistics for the piano placement. “They were on board with the project right away,” says Henry. “They immediately asked, ‘How can we make it work?’” 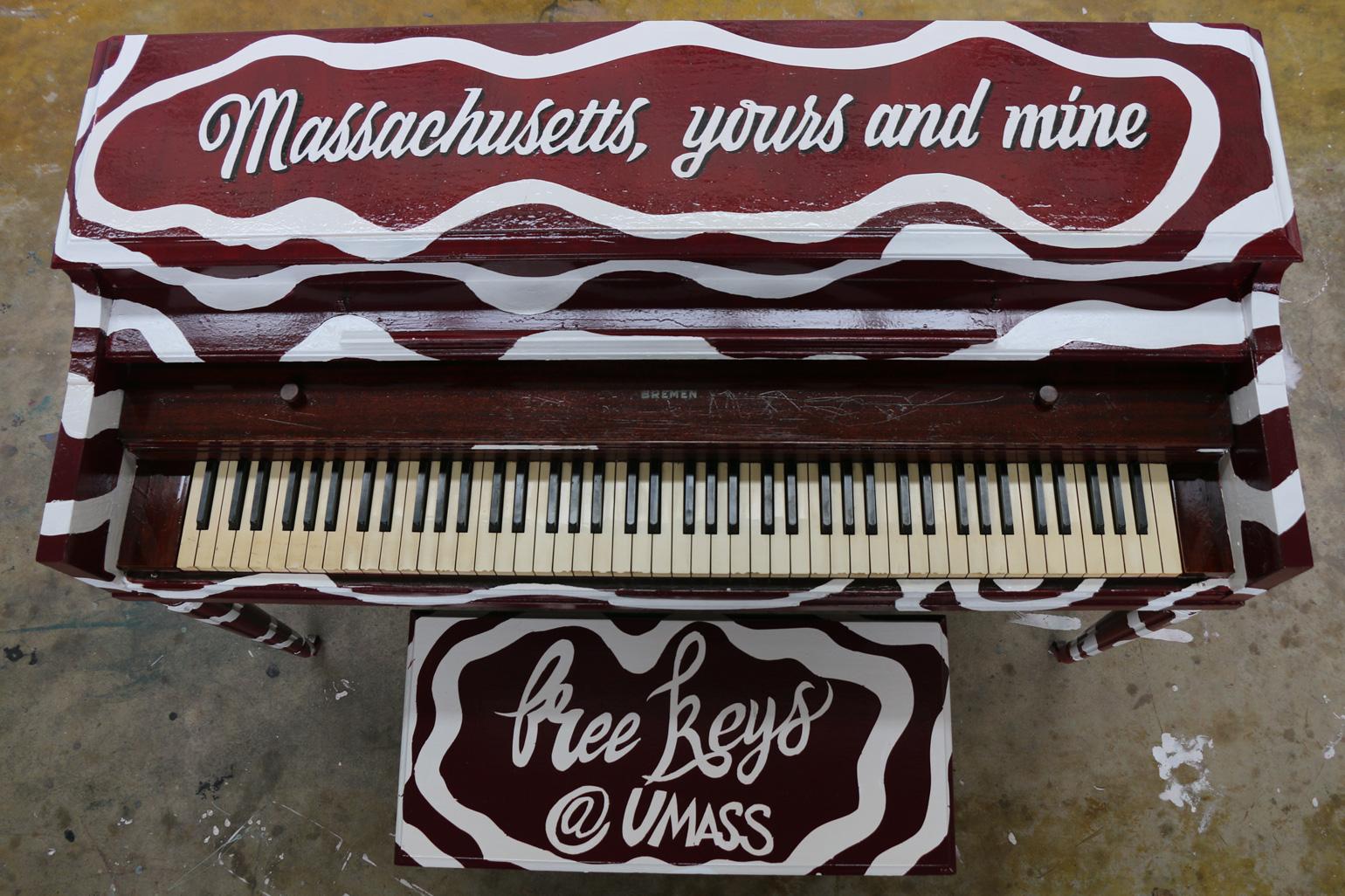 A few months later, the Student Union lobby transformed into a Free Keys premiere with performances from students, including Henry himself. The selections varied from classical piano to rap, making for a unique listening experience.

With frequent performances by students and campus community members, the project took off. “Every day people have been on the pianos,” says Henry, who often stops to listen. Although Owen Henry is graduating this winter and passing on his managerial role, the project is far from over. The organization already received a fourth piano, and students have plans for more creative recitals. 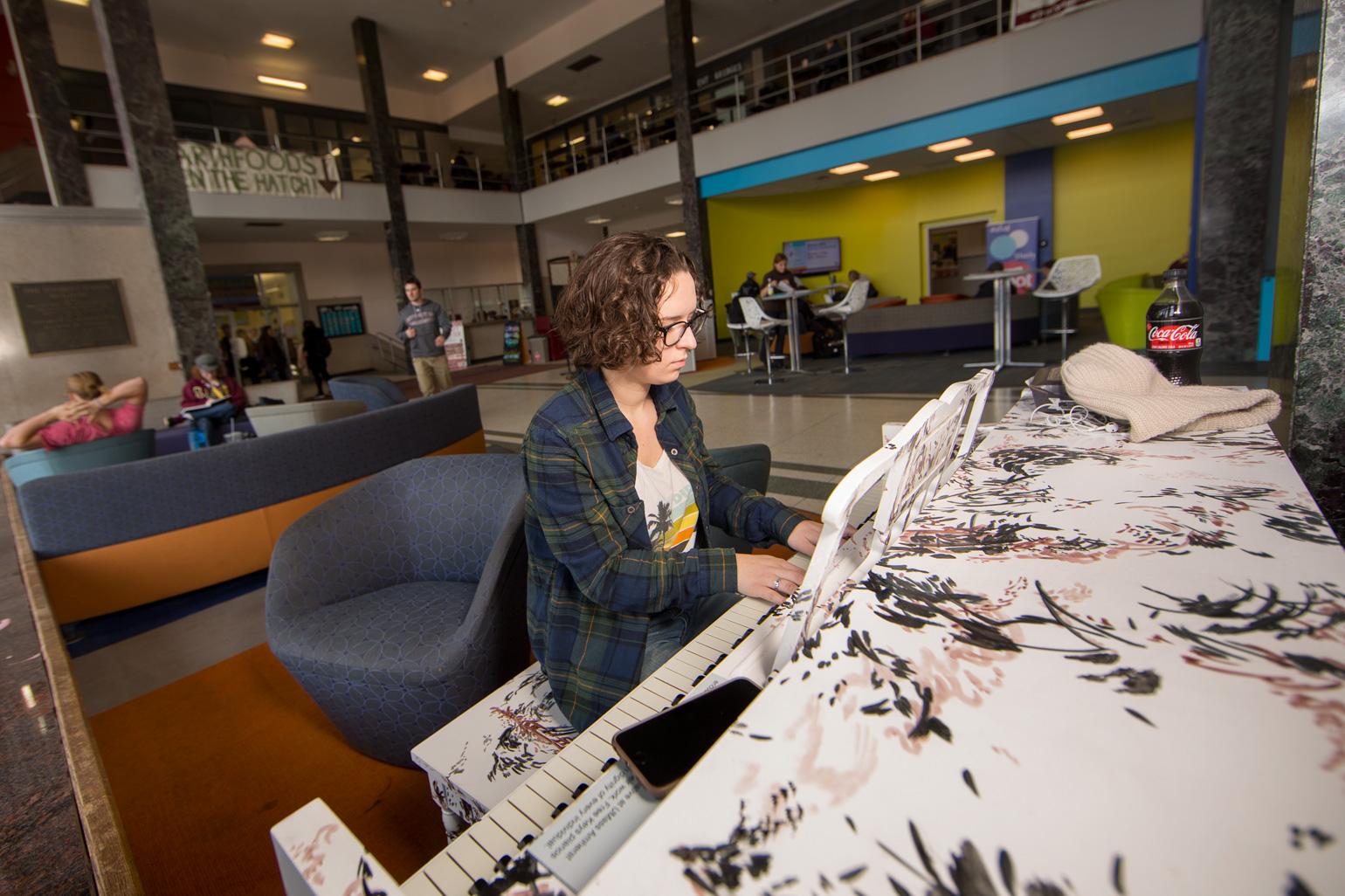 Henry enjoys watching the project come to life through spontaneous duets and lively melodies by students such as senior computer science major Nikolai Narma and Courtney Dewey, a senior sociology major (pictured at right). Dewey plays frequently, but listeners usually don’t recognize her music. “All the music I play is improvised, I just play what I’m feeling,” she says. Often, students come up to ask her about her music or to join her. “I love when people come up to me and play with me. I’ve met five or six people this semester that way!” says Dewey. With public pianos spread throughout campus, skilled musicians and eager beginners can try their hand at piano playing and make friends between classes.