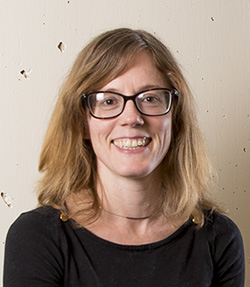 The first book by Marianna Ritchey, Assistant Professor of Music History at UMass Amherst’s Department of Music and Dance, has just been published by the University of Chicago Press. Composing Capital: Classical Music in the Neoliberal Era explores how classical music has increasingly lent its cachet to marketing schemes, tech firm-sponsored performances, and global corporate partnerships.

In her analysis, Ritchey argues that this union of classical music and contemporary capitalism blurs the line between creativity and entrepreneurship, and challenges us to imagine how a non-commodified musical practice might be possible in today’s world. 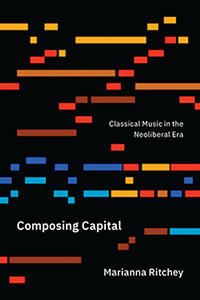 In commenting on the book, Anne C. Shreffler, Professor of Music/Historical Musicology at Harvard University, wrote, “Ritchey opens our eyes and ears to the unholy dance between classical music and the neoliberal economic values that underpin American political culture. This is an important book, and it comes at just the right time.”

Ritchey is the co-founder of Musicology and the Present, a biennial conference series that engages a range of scholarly responses to musical, social, political, and economic questions emerging around contemporary music. She has written and presented on topics ranging from Berlioz and the films of Guy Maddin to the dies irae and the world-building practices of the Intel corporation. Most recently, Ritchey has written articles for the Journal of Music History Pedagogy and the Journal of Musicology, as well as a chapter in The Routledge Companion to Expanding Approaches to Popular Music Analysis.