AMHERST, Mass. – Dr. Frederick C. Tillis - composer, performer, poet, educator, and arts administrator - died Sunday, May 3 at age 90 due to complications following hip surgery. In addition to being professor emeritus in the Department of Music and Dance, Tillis was also director emeritus of the UMass Amherst Fine Arts Center and co-founder and director emeritus of the Jazz in July program. 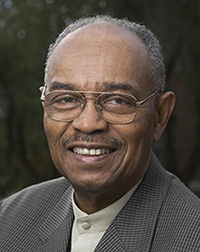 Tillis came to the University of Massachusetts in 1970 at the behest of Music Department chair Philip Bezanson, under whom Tillis studied at the University of Iowa during the 1950’s. Upon his arrival at UMass, Tillis established himself as both a visionary educator and a champion of jazz music. In 1978, Tillis began his almost 20-year tenure as director of the Fine Arts Center, where he helped to found Jazz in July (with Billy Taylor and Max Roach), the New World Theater, the Augusta Savage Gallery and the Asian Arts and Culture Program.

It would be hard to overstate Tillis’ importance to the evolution of the music program at UMass, and the establishment of the Jazz and African-American Music Studies program (JAAMS) in particular. Thanks to Tillis’ leadership, legendary jazz artists like Roach and Taylor found a home at UMass, a place where they could explore the boundaries of their creative vision while simultaneously sharing their knowledge with the next generation of performers and educators.

“The entire department mourns the loss of our friend and colleague, and offers our deepest condolences to his family,” said Macchia. “I first met Fred in 1978, and have many wonderful memories of touring Russia with him, playing local jazz clubs, and presenting concerts of new music in a variety of venues.  He was then, as he remained for the rest of his life, a kind, caring, and knowledgeable human being.”

Jeff Holmes, whom Tillis hired 40 years ago, performed with him throughout the 1980’s as the Tillis-Holmes Duo. They made two recordings, along with a third with Horace Boyer featuring works from Porgy and Bess. Holmes describes Tillis as “a major presence in arts and education, and a fluent and vibrant storyteller, both in music and in prose. His voice came from his heart, filled with genuine and telling life experiences. Fred’s unwavering commitment to cultural awareness, inclusiveness, and to jazz as ‘America's classical music’ helped countless educators, professional artists, patrons and concert-goers worldwide come together in a sharing and caring environment. Within the department, his voice was one of resonance, counted upon to do much, often when there were diverging philosophies. I enjoyed performing with Fred immensely, and feel blessed that he gave me such a close seat to his life.” 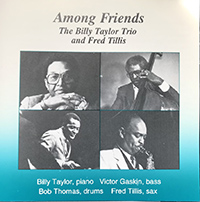 A performer and composer of unusual breadth, Tillis’ work spans both the jazz and European traditions, and encompassed a wide range of cultural references. His more than 100 compositions include works for piano and voice, orchestra and chorus, along with chamber music and works in the African-American spiritual tradition. The Frederick Tillis papers, maintained by the W.E.B. Du Bois Library, include some of his most in-depth works like the Spiritual Fantasy series and In the Spirit and the Flesh, which was commissioned in 1985 by Robert Shaw and the Atlanta Symphony Orchestra. Other landmark pieces include the 1968 work Freedom, written in response to the assassination of Martin Luther King, and two symphonic works written for Max Roach, Ring Shout Concerto and A Festival Journey.

Tillis retired in 1997, but remained an important figure in the Department of Music & Dance. He also continued performing, composing music and writing poetry, and sharing the gift of his knowledge with faculty, students, and staff. Earlier this year, the music faculty paid tribute to Tillis on his 90th birthday by performing his “Blow Out the Candles of Your Cake” at their annual Bezanson Legacy Concert, with Tillis and members of his family in attendance. A short video that features performance excerpts and footage of Tillis acknowledging the audience’s response can be viewed here.

In accordance with his family’s wishes, a celebration of Tillis’ life will take place at a future date. In the meantime, there is a memorial page online at www.fineartscenter.com/Tillis where people can visit for more information, pictures and to leave remembrances.

Link to performance of Tillis' Spiritual Fantasy No. 5, by Laura Klock, horn and Nadine Shank, piano

Link to audio - Portraits from Gershwin's Porgy & Bess (1999), with the Tillis-Holmes Duo and Friends:
Summertime      Bess You Is My Woman