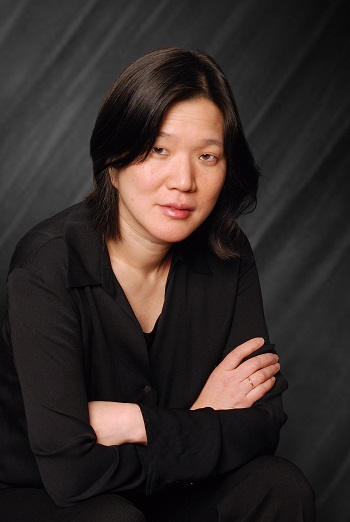 UMass Professor of Violin Elizabeth Chang has been chosen as Artistic Director of Green Mountain Chamber Music Festival in Burlington, Vermont by the festival’s board of directors. Chang will succeed founder Kevin Lawrence, who announced his retirement as director of the program in July. In expressing his appreciation for the appointment, Lawrence commented, “It will be a delight to serve on the festival faculty in future summers with Elizabeth Chang as our next Artistic Director. I know Liz will be a fantastic leader for GMCMF.”

“It is a great honor to be selected as Artistic Director of Green Mountain Chamber Music Festival,” said Chang. “I am looking forward to the opportunity to sustain Kevin Lawrence’s extraordinary vision in conceiving this festival and shaping it into one of the most meaningful offerings for pre-professional musicians in the country.”

In her new position, Chang will be working closely with Amanda Stenroos (‘15MM), General Manager of the festival. Chang and Stenroos already collaborate as Artistic Director and General Manager, respectively, of Lighthouse Chamber Players on Cape Cod; the two have also teamed up as co-founders and co-organizers (along with Professors William Hite and Tony Thornton) of the UMass Bach Festival. Other UMass connections include Margaret Rose Baker (’22MM), who serves as Resident Director of the Green Mountain Chamber Music Festival, and Benjamin Van Vliet (‘10MM and an alumnus of the festival) who is a member of the festival’s board of directors. Many string students from UMass have also attended the festival’s summer program over the years.

Each summer since 2005, the Green Mountain Chamber Music Festival has brought approximately 35 artist faculty and 200 gifted students from across the United States, Asia, South America and Europe for four weeks of intensive study and performance in Burlington, Vermont. Grants from the National Endowment for the Arts, the Starling Foundation and the Vermont Community Foundation have supported the work of the festival’s musicians as well as guest residencies by distinguished artists including members of the Emerson String Quartet, Matt Haimovitz, Paul Neubauer, Timothy Eddy, Bernard Greenhouse, William Bolcom and Eugenia Zukerman.