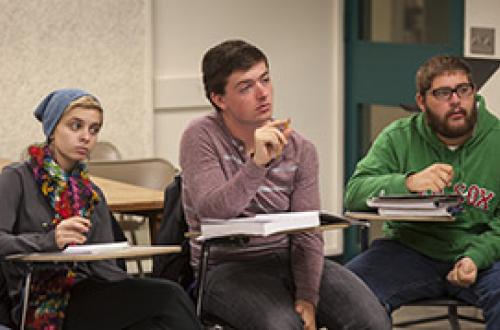 Studies in Music Theory at UMass Amherst range from specialized study for students pursuing M.M. and B.A. degrees in Music Theory to foundational instruction for all music students. (Admission to the Ph.D. program is currently suspended.)
We also offer General Education courses for the wider UMass community.

Our theory faculty are active teachers and scholars: All teach both undergraduate and graduate courses in the department on a regular basis. All are actively pursuing research agendas, presenting their work at scholarly conferences, and publishing books and articles in a variety of venues. You can read more about our faculty on the Theory Faculty page.

2019-20 faculty member Ryan Taycher defended his dissertation, “De fundamento discanti: Structure and Elaboration in Fourteenth-Century Diminished Counterpoint,” at Indiana University Bloomington. He also presented “A Tale of Two Moteti: Tonal Structures in Vitry’s Flos/Celsa and Gloria (Ivrea 64)” at this year’s Annual Meeting of the Society for Music Theory in Columbus, OH. Ryan was principal organizer of the conference “Music, Theory, and Their Sources” which was planned for June, 2020 at the Newberry Library in Chicago.

Brent Auerbach's book Musical Motives was published by Oxford University Press. This book offers a new theory of and methods for motivic analysis. Brent also successfully completed a second term as Graduate Program Director and oversaw the recent publication of the SMT Newsletter, which marks the sixth and final issue of his three-year term as editor.

Jason Hooper served for several years as coordinator of the theory area and as co-editor of Theory and Practice. His chapter on Schenker’s early conception of sonata form is forthcoming in Rethinking Schenkerian Analysis, published by Oxford University Press.

Gary S. Karpinski presented “The Limits of Systems and the Transition from Tonal to Post-Tonal Aural Skills” at Música Analítica, Porto International Symposium on the Analysis and Theory of Music in Porto, Portugal, and “Sight Singing Anthology as Database: Developing a Trait-Based Search Tool for Aural Skills Instruction” at Pedagogy into Practice: Teaching Music Theory in the Twenty-First Century, in Santa Barbara, CA.

Christopher White published several articles including "Influences of Chord Change on Metric Accent” in Psychomusicology, "Autocorrelation of Pitch-Event Vectors in Meter Finding” in Mathematics and Computation in Music (CITE), and “Meter's Influence on Theoretical and Corpus-Derived Harmonic Grammars” in Indiana Theory Review. He also recently presented at Mathematics and Computation in Music, Society for Music Perception and Cognition, and Wellesley's Music Lecture Series. Chris is currently Chair of the Society for Music Theory’s Music Informatics Group, Secretary of the New England Conference of Music Theorists, and a Civic Engagement and Service-Learning Faculty Fellow at UMass Amherst. 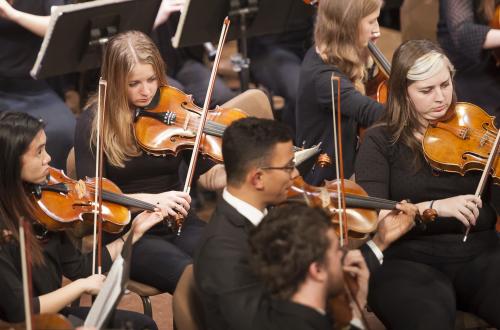