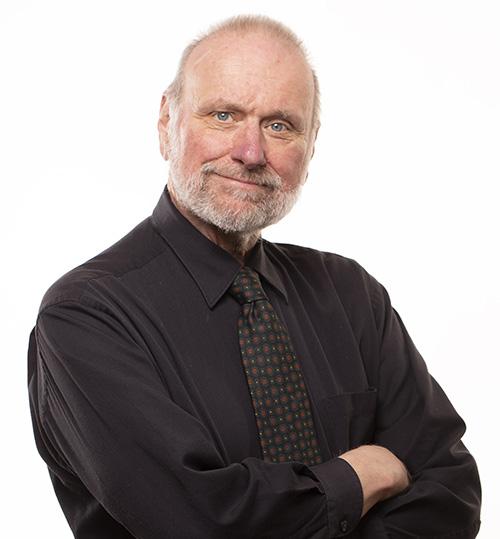 271 Bromery Center for the Arts

Salvatore Macchia holds a BM from the Hartt School of Music; and an MMA and DMA from Yale University. He studied bass with Bertram Turetzky, Joseph Iadone, Gary Karr and William Rhein, and composition with Yehudi Wyner and Hal Overton.

Professor Macchia has performed in the European and jazz traditions throughout America and Europe, and has been the contrabass soloist with the Berkshire Choral Festival Orchestra, Dinosaur Annex under Gunther Schuller, Springfield (MA) Symphony Orchestra (where he serves as principal bass), Jazz Composer's Orchestra and at the Boston Festival of Quarter Tone Music. He has premiered nearly 100 compositions featuring the doublebass.

Macchia appears with the Duo Cambiata, Iadone Consort (as violonist) and Ritornello (as gambist). A former member of Musica Oggi and Chamber Music Plus, he was a founding member of the Ancora Chamber Ensemble. His compositions have been performed throughout America, in Europe, the former Soviet Union and Japan, including performances at the Warsaw Autumn Festival in Poland, American Academy in Rome, the Computer Arts Festival in Padua, Italy, and the Aspen and Monadnock Festivals in the U.S. His recent commissions are from: Interensemble (Padua, Italy), The New England Chamber Music and Composers Forum, Harvard Summer Dance Theater, Pioneer Valley Symphony; multiple commissions from Springfield Symphony Orchestra, Mohawk Trail Concert Series, UMass Amherst Opera Workshop, Dorn Press and Gasparo Records.

Macchia's works have been published by the Rinaldo and Dorn Presses. A former member of the faculty at the University of Evansville, Southern Illinois University, University of the Pacific, Amherst and Bennington Colleges, he can be heard on the Gasparo, Open Loop, CRI and Spectrum labels.

271 Bromery Center for the Arts