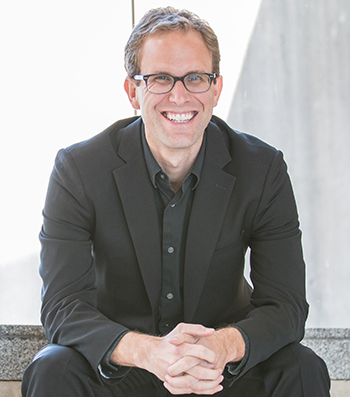 257 Bromery Center for the Arts

Conductor Matthew Westgate “leads with a combination of expressivity and crispness” (San Francisco Chronicle). His performances are praised as “dramatic, incisive, and passionate” (Audiophile Audition) and full of “verve and swagger” (MusicWeb International). Dr. Westgate has appeared on major concert stages throughout the U.S., Europe, South America, and Asia and has guest conducted some of the nation’s top wind bands and chamber ensembles, including “The President’s Own” U.S. Marine Band and the U.S. Coast Guard Chamber Players. In September of 2019 he was a featured guest conductor with the Banda Sinfonica Metropolitana de Quito (Ecuador), and in 2020 he will travel to China to conduct in Beijing. During the summer of 2019 he led the Blue Lake Fine Arts Camp (Twin Lake, MI) International Northern Winds on a European concert tour of France, Germany, Austria, and Denmark, and he will return to conduct the band for another European tour in 2021.

Dr. Westgate is the Director of Wind Studies at the University of Massachusetts Amherst (Amherst, MA), the Commonwealth’s flagship campus, where he conducts the UMass Wind Ensemble and Symphony Band and oversees the graduate and undergraduate conducting programs. In 2016, he was nominated for the UMass “Distinguished Teaching Award,” the only student-driven recognition of teaching on campus. University of Massachusetts ensembles under his direction have been invited to perform at multiple College Band Director National Association Conferences (Yale University, 2018; U.S. Coast Guard Academy, 2016) and on a concert tour of Ireland (Dublin, Galway, Cork, Killarney) in summer of 2017. The Massachusetts Chamber Players, a professional chamber ensemble under his baton, recently released a recording of chamber wind music by Swiss composer Frank Martin [Frank Martin: Music for Winds} on MSR Classics, and the UMass Wind Ensemble will debut three newly-commissioned pieces for winds on a CD entitled Quicksilver in Fall 2019. Prior to his appointment at UMass Amherst, Matthew was the Director of Instrumental Activities at Xavier University (Cincinnati, OH), where he conducted the symphonic band, jazz ensemble, Xavier Pep Bands, and chamber orchestra.

A native of Grand Rapids, Michigan, Matthew began his musical career as a jazz/classical trombonist and public school educator in southwest Michigan. He graduated Phi Beta Kappa with a Music Education degree from Western Michigan University (Kalamazoo, MI), then eventually went on to earn his Master’s Degree in instrumental conducting from WMU in 2006. He completed his Doctor of Musical Arts Degree at the University of Cincinnati College-Conservatory of Music (Cincinnati, OH) in 2009. His primary conducting teachers and mentors are Dr. Robert Spradling, Rodney Winther, Terence Milligan, Frank Battisti, and Malcolm Rowell.

In 2007, Matthew was chosen as one of eight conductors to conduct the Eastman Wind Ensemble as part of the first Frederick Fennell Conducting Masterclass, and in 2009 he was billed as one of the West Point Band's "Bernsteins of Tomorrow." He has also served as a conducting assistant in the Opera Theatre and Music Festival of Lucca, in Lucca, Italy.  In spring of 2013, Dr. Westgate was awarded Cincy Magazine's "Outstanding Educator" Award for his work as a teacher and conductor in Cincinnati.

His current research addresses "Real vs. Virtual Communication: The Increasing Importance of Building Community through Music Ensembles in the Age of Technology,” the wind chamber music of Swiss composer Frank Martin, and the influence of Anton Stadler on Mozart’s clarinet writing in the late 18th century in Vienna. He is also working to bring a Full Score Edition of Rossini-Respighi's La Boutique Fantasque for wind band to publication.  His professional affiliations include: the College Band Directors National Association (State Chair for Massachusetts), National Association for Music Education, World Association for Symphonic Bands and Ensembles, Massachusetts Instrumental and Choral Conductors Association, and Massachusetts Music Educators Association.

In his spare time, Matthew is an avid ultra-marathon and marathon runner and hiker. He is married to Erica Drake, a percussionist and freelancer, and together they have a creative and curious daughter named Juniper.

257 Bromery Center for the Arts