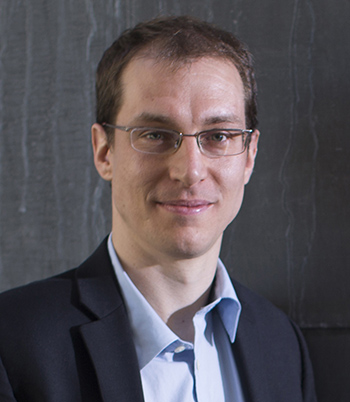 274 Bromery Center for the Arts

With repertoire that ranges from Bach's Art of the Fugue to Xenakis, as well as equal comfort as a soloist and chamber musician, Vonsattel displays a musical curiosity and sense of adventure that has gained him many admirers. He began touring after capturing the top prize at the prestigious 2002 Naumburg International Piano Competition. He made his Alice Tully Hall debut that same year and has since performed with the Warsaw Philharmonic; at Zürich's Tonhalle, Warsaw's Chopin Festival, and Tokyo's Opera City Hall; and in the U.S. with the Utah, Santa Fe, Nashville, and Grand Rapids symphonies, and the Boston Pops Orchestra.  In July 2010 he made his Boston Symphony Orchestra and Tanglewood debuts in the Brahms First Piano Concerto under Herbert Blomstedt, and in 2011 he made his San Francisco Symphony debut.  A former member of the Chamber Music Society Two, Vonsattel is an artist member of the Chamber Music Society of Lincoln Center.

Vonsattel is regularly invited to prestigious festivals, including  Rockport, Angelfire, Ottawa, Bridgehampton, Seattle, Caramoor, West Cork, and Archipel.   The top prize winner at the 2006 Geneva International Music Competition, Vonsattel was a laureate of the 2009 Honens International Piano Competition in Calgary and is also a laureate of the Cleveland and Dublin piano competitions. He has been heard frequently on NPR's Performance Today, Radio France Musique, CBC, ARD, and the BBC. Vonsattel's recording of Liszt solo works and Beethoven's Piano Concerto No. 1 with L'Orchestre de Chambre de Genève was released in 2007 on the Pan Classics label to critical acclaim. His recording of Bartók's Contrasts on Deutsche Grammophon with members of the Chamber Music Society of Lincoln Center is available for download on iTunes.  In 2011 a new recording was released on the Honens label featuring the music of Ravel, Debussy, Honegger, and Holliger.

After studying with pianist David Deveau in Boston, Vonsattel received his B.A. in political science and economics from Columbia University and his M.M. from The Juilliard School, where he worked with Jerome Lowenthal. Beginning in September 2010, he assumed the position of Assistant Professor of Piano at University of Massachusetts/Amherst, and is now a full Professor.

274 Bromery Center for the Arts