Research in Music Series: A Talk by Erinn Knyt 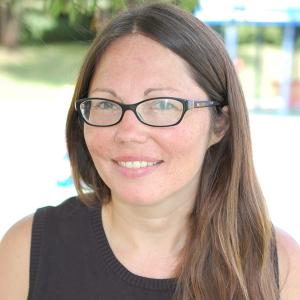 Research in Music Series: A Talk by Erinn Knyt

On March 10-11, 2017, Symphony Hall in Boston resounded with the strains of Ferruccio Busoni’s lengthy Piano Concerto, which was performed by the Boston Symphony Orchestra for the very first time. The belatedness of a performance of the concerto by the Boston Symphony Orchestra (BSO), almost 93 years after Busoni’s death, is striking, given his close connection with the Orchestra as performer and composer. Busoni appeared as soloist with the BSO 35 times between 1891 and 1911, more than with any other major U.S. orchestra during those years. In addition, the BSO was the single most important institution for the premiere of his pieces in the U.S. during his concert tours in terms of the number of pieces performed. Even despite this, the piano concerto is the only piece by Busoni performed by the BSO in the 21st century. There was an almost complete absence of performances by Busoni and of his compositions between the two world wars, the sole exception being a 1917 performance of the Turandot Suite. After World War II, Busoni’s music was played once again by the BSO, but on an infrequent basis.

Although the uneven reception history of Busoni’s music with the BSO can be explained, in part, by his uneasy position in music history and shifts in conducting personnel, with a few close conductors and musicians championing his works in different eras, this is an overly simplistic explanation that does not also take into account socio-politico factors. By focusing on the reception of Busoni’s music with the BSO, this article not only documents the importance of that institution for Busoni’s advancement in the U.S. and enriches knowledge about the early history of the BSO, but also suggests ways socio-political factors influenced transnational musical relationships and reception histories in the 20th century. Letters, essays, and other unpublished archival documents reveal that neglect of Busoni’s music between the world wars by the BSO was partially a result of anti-German sentiment in the U.S., and this had lasting effect on the reception history of his music and of other visiting musicians from German speaking countries that died around the end of World War I.  Using Busoni and the BSO as a case study, the article thus contributes new knowledge about ways transnational socio-political factors influenced the reception history and the careers of visiting artists and émigré musicians in the U.S. during World War I.