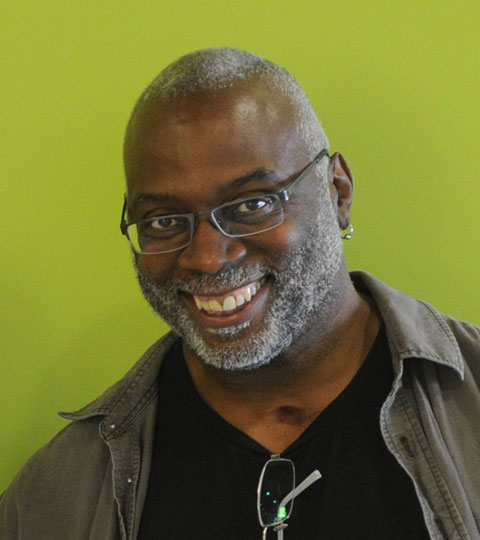 Greeley Kyle joined the UMass Journalism faculty in July 2014. Greeley teaches reporting, interviewing, writing, visual storytelling, ethics and many of the intricacies of broadcast news. His students have to demonstrate a competency in shooting, editing and writing for broadcast and web as well as on-air performance.

Greeley has also been retained as an expert witness in several lawsuits and consults for a number of federal, state and local agencies. He’s taught seminars for the Voice of America, the United States Information Agency, IREX/Pro Media and Internews. All of these involved teaching international journalists and news directors from countries in Eastern Europe and the former Soviet Union. They’ve also given him the opportunity to teach multi-week seminars in Russia, Bulgaria, Armenia and the Republic of Georgia.

The professor has also taught in a number of management seminars for American news directors as part of the Missouri Management Seminar Series. He’s worked with state and local governments on improving their media relations, and consulted with local television stations helping their news departments improve its storytelling and on-air performance. Greeley has also used his broadcast background and web skills to teach newspaper journalists how to prepare video stories for their websites.

Previously (1984-1994), Greeley was the senior correspondent for WMC-TV in Memphis, Tennessee and headed the “Target 5” investigative team. It explored community issues, exposed scams and educated viewers.

This background led Greeley to be selected as a judge for a number of journalism contests including, the Radio and Television News Directors Foundation Annual Journalism Awards, the Qantas’ Media Awards for New Zealand, the Magnum Opus Awards for magazine journalism, Investigative Reporters and Editors annual awards for excellence in investigative journalism and many other contests.