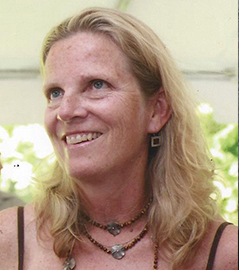 Sigrid Miller Pollin FAIA pairs a focus on students’ design processes in the academic studio with design investigations in her own professional architectural practice.

Professor Sigrid Miller Pollin FAIA teaches architectural design studios in the graduate and undergraduate programs. She also annually teaches a lecture course entitled “Great Spaces” which is an international survey of memorable spaces and places. Her design studios introduce students to innovative methods for developing their own individual design processes. Prior to her move to the east coast in 1998 Miller Pollin was a partner with Siteworks Architecture and Chair of the Department of Architecture at California Polytechnic University Pomona, California. She is currently principal architect for Miller Pollin AIA Architecture in Amherst, Massachusetts. The relationship between built form and natural form has been a springboard for much of her work in California, Nevada and Massachusetts. In her current work including Crotty Hall, an academic office and conference building for the Department of Economics, she combines an industrial aesthetic with Net Zero Energy goals and recycled interior wood.

She has also developed a portfolio of projects in her practice whose character revolves around a skillful, and lively use of color and materials particularly in interior spaces. Her work has been published in numerous journals and books including: Architecture Magazine, Progressive Architecture, Global Architecture, Ville Giardini, Casa Internacional, World Cities Los Angeles, Amazing Space, Architecture California, Contract Magazine, LA Architect ,You Can Be A Woman Architect, The Hampshire Gazette, Preview Magazine, Design New England and 21st Century Houses 150 of the World’s Best.

Miller Pollin is a National Council of Architectural Registration Board (NCARB) registered architect in Massachusetts and California.