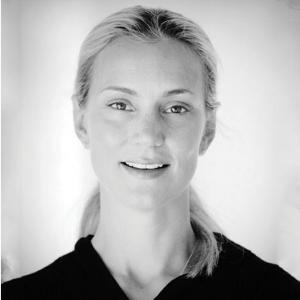 Elizabeth Whittaker, AIA is Founder and Principal at MERGE architects. She has lectured extensively in the US and abroad, and the work of MERGE has been widely published both nationally and internationally, including Architectural Record's 2014 Design Vanguard issue, naming MERGE one of the top ten emerging practices in the world. In 2017 Elizabeth was awarded the sole recipient of Architectural Record's "Next Generation Leader" - an honor that is awarded annually to one female architect in the US. In addition, she is also the recipient of the 2015 AIA Young Architects Award, the Architectural League of New York's "2015 Emerging Voices" award, and in 2020 nominated for the National AIA College of Fellows, the AIA's highest honor for exceptional work and contributions to the profession and society.

Most recently, Elizabeth was appointed by the US Department of State’s Bureau of Overseas Building Operations (OBO) to serve a two-year term on the Industry Advisory Group (IAG), a group of voices that oversee the US international architectural projects throughout the world.

Elizabeth approaches architecture as a discipline embedded in both practice and academia. She has taught design studios in several Architecture programs and currently holds the position of Associate Professor in Practice at Harvard University's Graduate School of Design, where she has been teaching for the past 11 years.